Registration is open now and we have a limited number of spaces for this seminar, please register as soon as possible

Schedule of each day;

Important note:
1- Anyone registered and competing at the Harrogate 4th Mayor Cup on Sunday 08 Mar 2020, will qualify for a 20% discount of seminar fee (Dan save £15 & Kup save £7.5)
2- If coaches wish to do 2 days course, they will qualify for a 20% discount of seminar fee (Save £22)
3- Everyone who registers and attends the seminar will get a free official Tae Kang Won t-shirt
(make sure to choose correct size at registration)
4- Official Tae Kang Won uniform will be on sale only for people who are attending to the seminar at the discounted price of £25 for size 130-150cm and £29 for size 160-210cm, (make sure to choose the correct size when to complete this form)
5- Seminar fee; uniform fee (if you like to order one and pay for it) must be received after submitting this form by bank transfer, we will send you an official invoice.
6- Clubs with more than five students attending will be able to bring one instructor for free.
7- Discretionary price (35% off seminar fee and must attend full day! not half a day!) for Great Britain National Poomsae squad members who are competing at 4th Mayor Cup.
8- The seminars shall cover current World Taekwondo Poomsae official rules and changes.
9- The organisers take no responsibility for any loss or damage to possessions or individuals.

It is my pleasure to extend this formal invitation to you to take part in the 4th Harrogate Mayor Cup Open Poomsae Championships.

This is to be held at the Rossett Sports Centre, Pannal Ash Road Harrogate HG2 9JP, on Sunday the 08 Mar 2020.

The competition shall adopt a World Taekwondo(WT) model, in both format and official rules. In order that everyone from complete novice to experienced competitor gets an opportunity to compete to their full potential, the organising body has included Dan, K1, K2, K3, Para and Freestyle divisions. In order to ensure the smooth running of this event, the organisers would welcome applications from suitably qualified individuals to act as competition judges and officials. Judges must have attended and passed a national level Poomsae judging course conducted by the National Federation. Invitations shall be made by the Judges Director Grand Master T.W. Shin 9th Dan (IR) to selected judges. Please contact us if you would be interested in judging at the event. The event will be a sponsor by Range Sports http://www.range-sports.co.uk

If you require any further information, please do not hesitate to contact me for assistance. I look forward to seeing both you and your students on Sunday 08 Mar 2020. Closing date for competition entries is Friday 21st Feb 2020.

Online entry only at Register here! 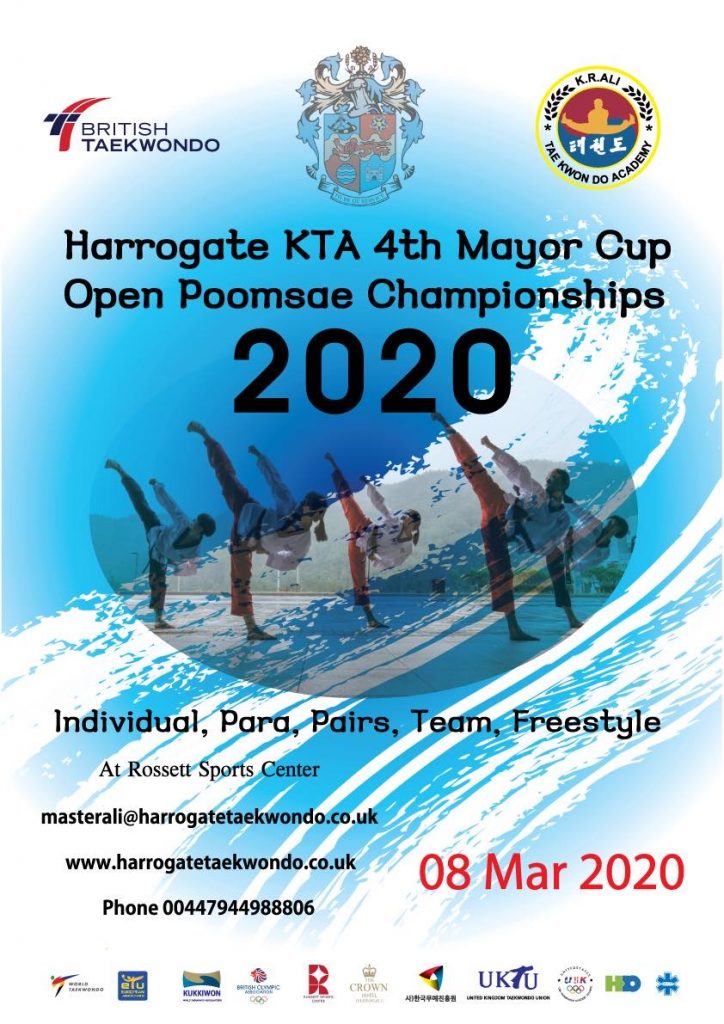 Meetings were held at the Harrogate Council on Friday 23rd of November and were also attended by IPMF Vice President Grandmaster Don Wortman, who had travelled from Los Angeles, United States to support the proposals been presented by Master Kambiz and Master Hur (who had also himself travelled to Harrogate from South Korea) in hopes expanding the IPMF Self Defence program to the UK.

The proposals presented to the Mayor regard the introduction of proficient military grade self defence to North Yorkshire police and local branches of the Ministry of Defence in order to improve the standard of personal protection skills among local law enforcement and armed forces. If successful IPMF Programs will come to such organisations and enable military and law enforcement to receive more extensive training in the crucial skills of personal protection. 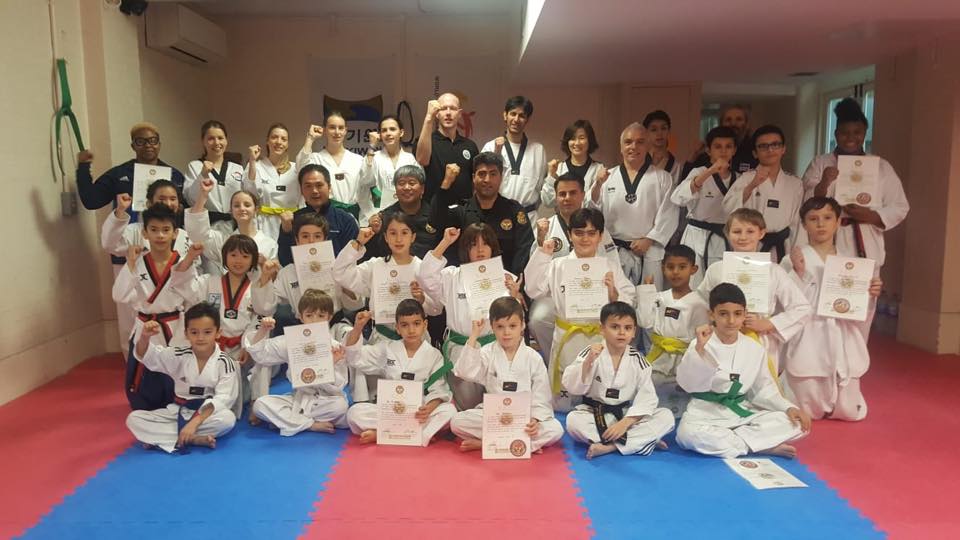 We have had a fantastic couple of days training at the first International police martial arts federation self defence seminar in Harrogate & London. We would like to give huge thanks to GM Hur and GM Don for coming from the US and South Korea to teach this amazing seminar. We would also like to thank our dear mayor and mayoress for attending the seminar and kindly presenting the awards and certificates to those training at the seminar. We have really enjoyed the opportunity to practice with the best in self defense.

In addition to the two seminars, we have met with Harrogate Borough Council and Andrew Jones MP to discuss expansion of the IPMF curriculum across the UK – watch this space for more details! 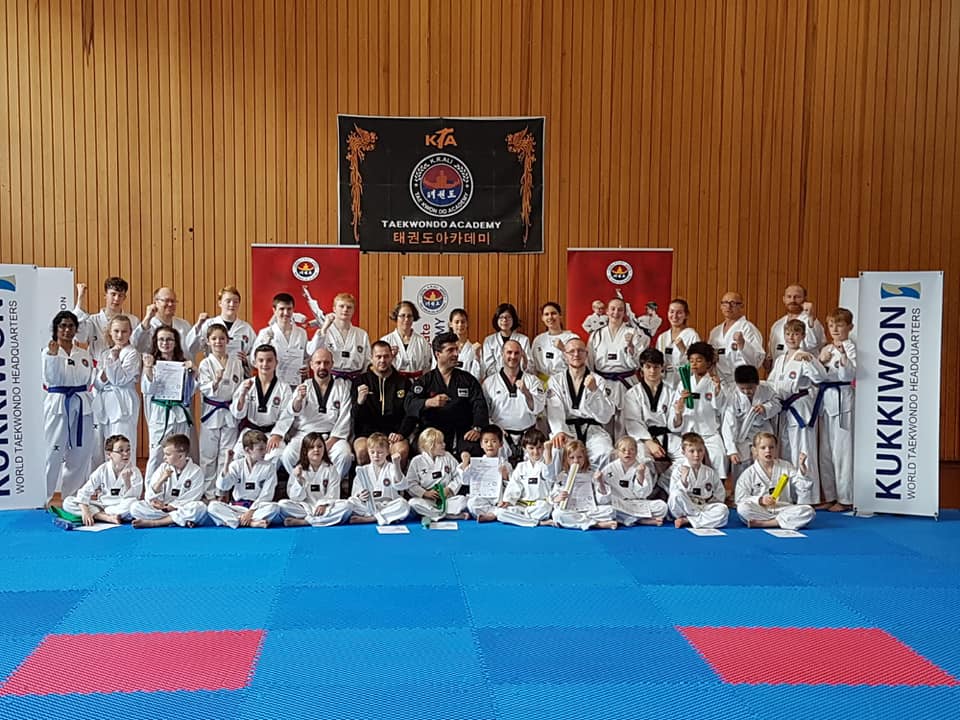 Earlier this month, KTA hosted a grading which included a whole host of new students grading from white belt. Everyone performed very well and passed on a day which was followed by more success at the Bradford 1-2-1 event.

All our fighters won, with Jacob & Miles winning gold and Maksymilian, Ben, Maxence, Alex, James, Charlotte & Tyler won silver, all showing grit and determination in all their fights. 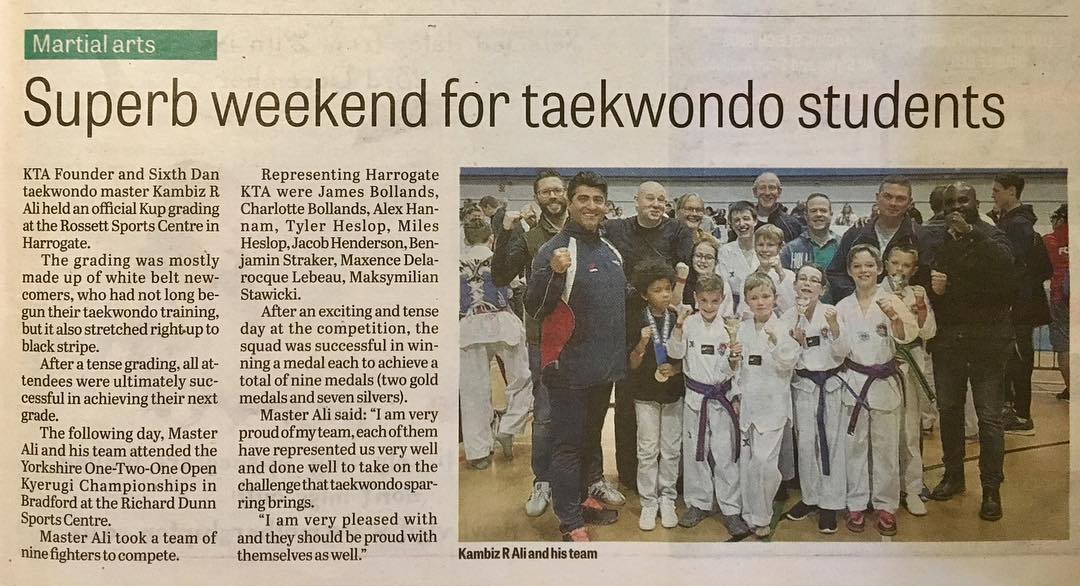 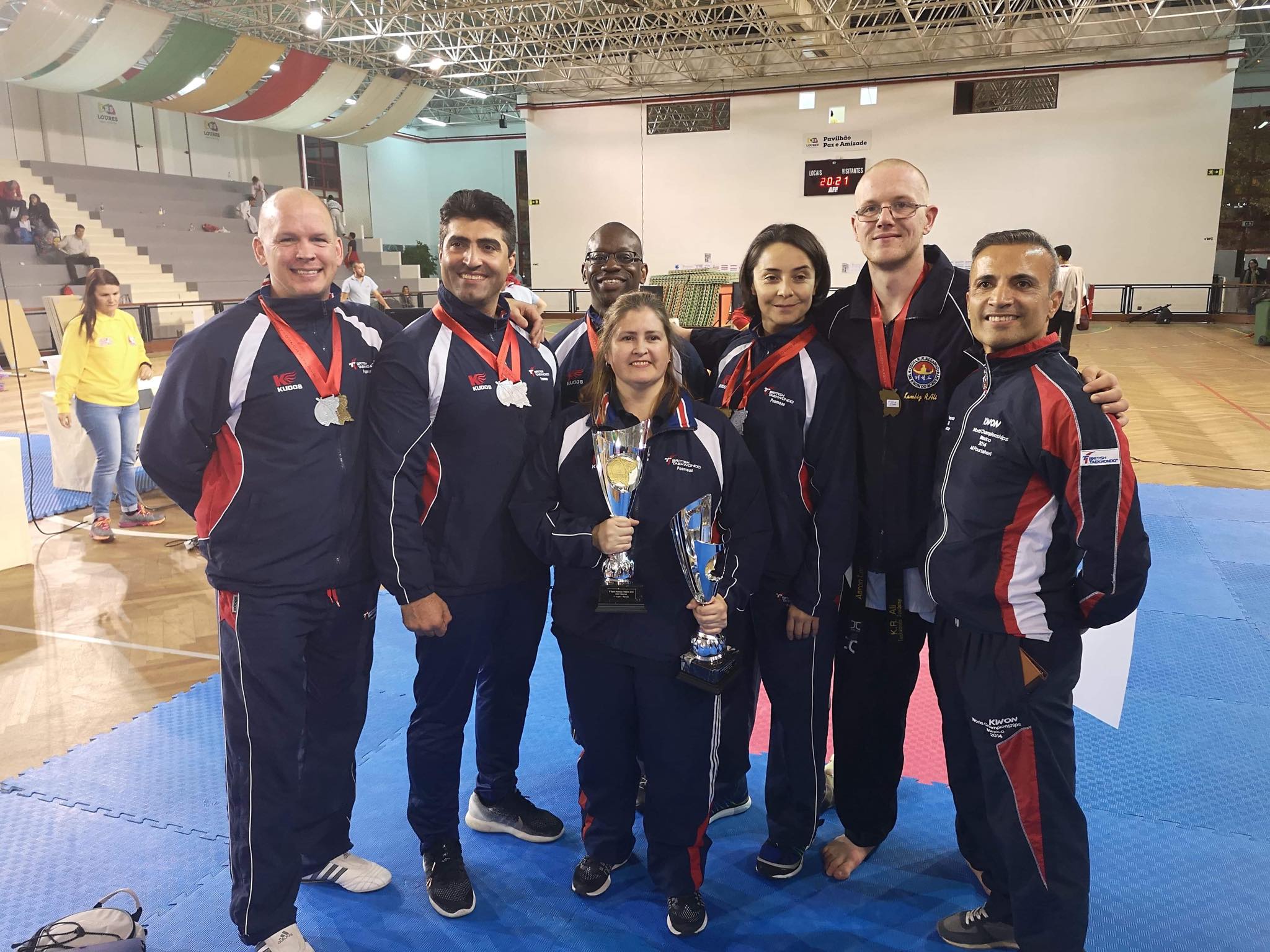 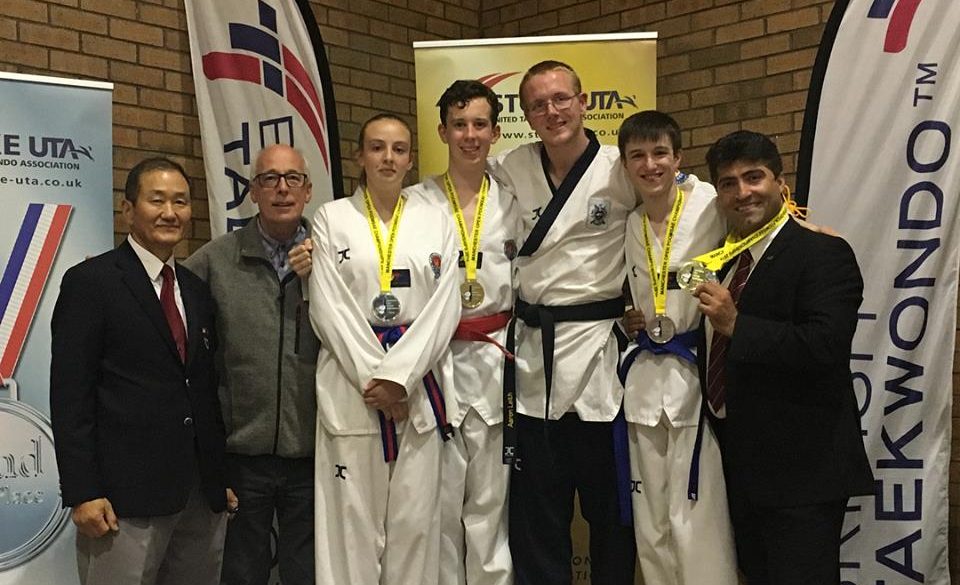 The team returned with 2 Gold and 3 Silver medals, and also helped out at the event by refereeing throughout the day.

The team are now looking to prepare for the National Championships in December, held in London, as the club would like to take the biggest, strongest team possible to defend their ongoing success on the national stage. 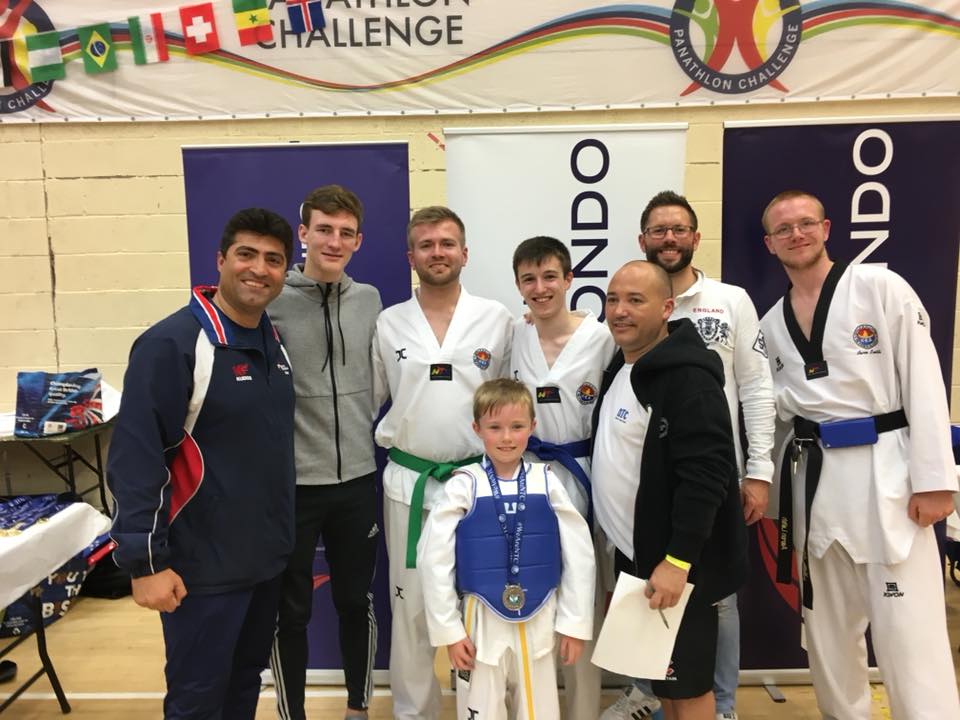 Last weekend we took some new fighters to Liverpool for the NTC 1-2-1 event. Ben, Alastair, Alex & Aaron all competed, winning 3 silver and 1 gold medals between them. Ben was especially impressive, showing an admirable determination against a much more experienced opponent. 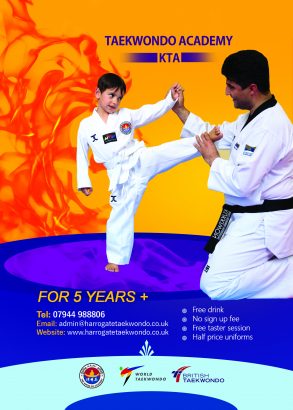 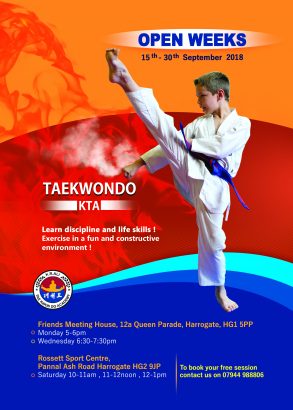 Harrogate KTA are proud to announce their first open week for martial arts classes in Harrogate.

There are 5 class times running for new students (both kids and adults) between the 15th and 30th September:

If you sign up from our open week, we will offer you:

Are you looking for a local Martial Arts school based in Harrogate? Now is the perfect time to book your free Taekwondo trial class with Harrogate KTA!!Book Your FREE Taekwondo Lesson Now!